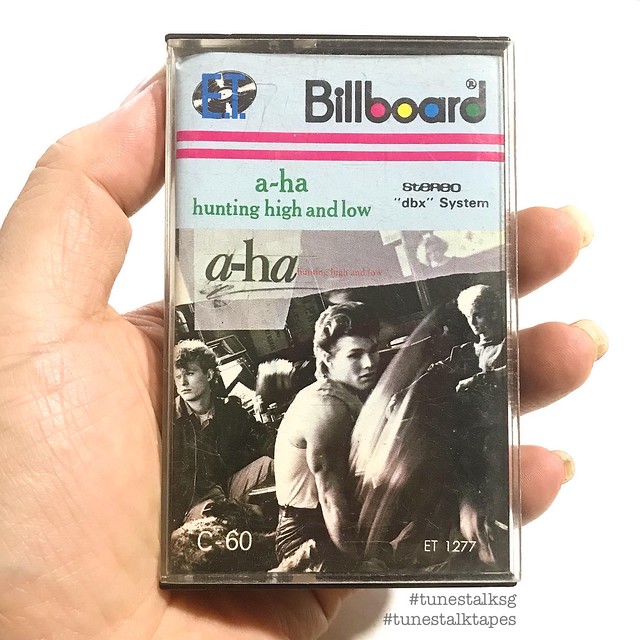 This #TUNESTALKTAPES blog-feature today is a continuation to my previous "Scoundrel Days" by A-Ha-feature, with today's focus on "HUNTING HIGH AND LOW" = the first ever album from Norwegian synth-pop band which I snagged, from the excitement of their "Take On Me" music video and song, my desire cemented with "The Sun Always Shines on T.V."! 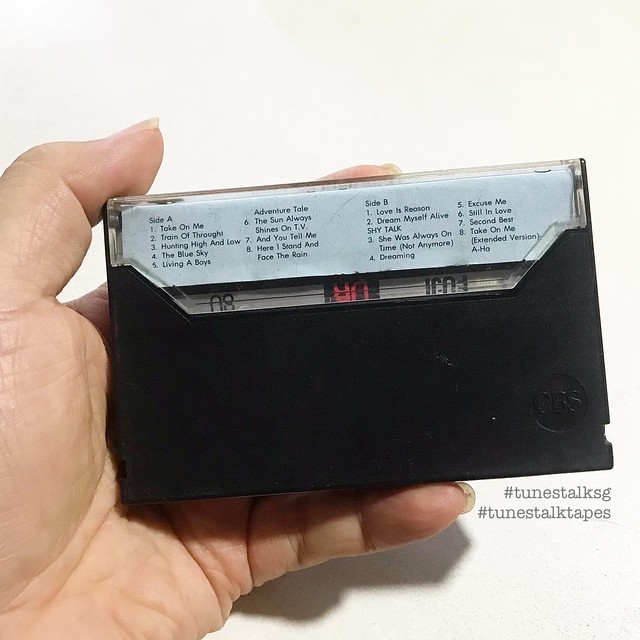 As mentioned in my earlier post, this cassette tape is more likely a bootleg release, and as seen in the tracklist, there are 16 songs in both Side A and Side B, when I realised much later that the original album had 10 tracks, and that the tape was propped up with 5 tracks from another band named "Shy Talk" (well, they did print the name in the list :p), plus a "Extended Version" of TAKE ON ME (and I was such a sucker for remixed/extended versions of songs in the 1980s!) ....

The story in "Take On Me" continues in "The Sun Always Shines On T.V." too, so that was refreshing for me, back in the day...! 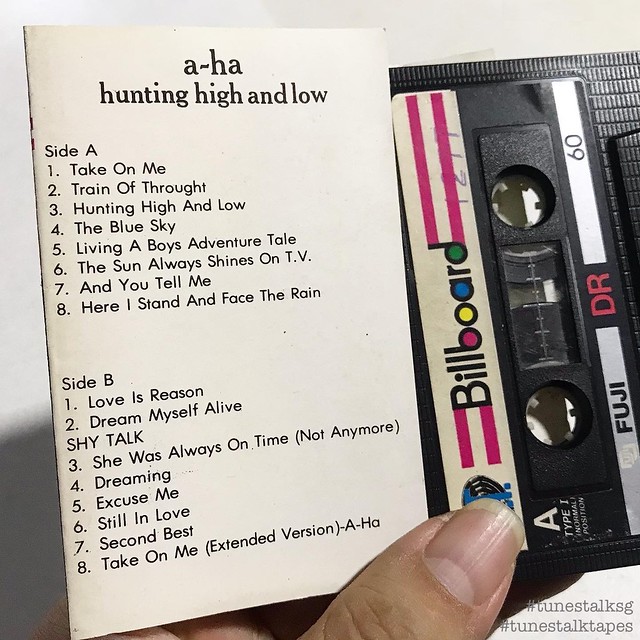 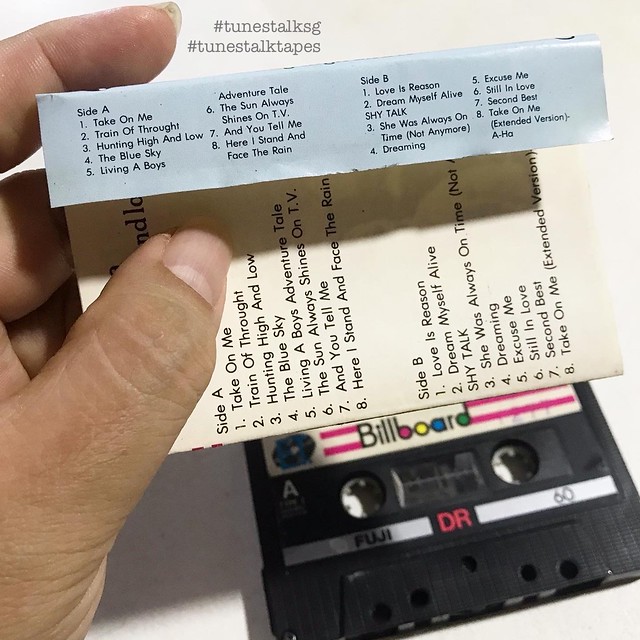 
WHAT-IS: "Hunting High and Low is the debut studio album by Norwegian new wave band A-ha. It was released on 28 October 1985 by Warner Bros. Records. In all, five singles from the album were released, though not all were released internationally: "Take On Me", "Love Is Reason", "The Sun Always Shines on T.V.", "Train of Thought" and "Hunting High and Low". The group was nominated for Best New Artist at the Grammy Awards in 1986, making A-ha the first Norwegian band to be nominated for a Grammy. As part of a re-release of their first two albums, Hunting High and Low was expanded and remastered in 2010." (Wiki)