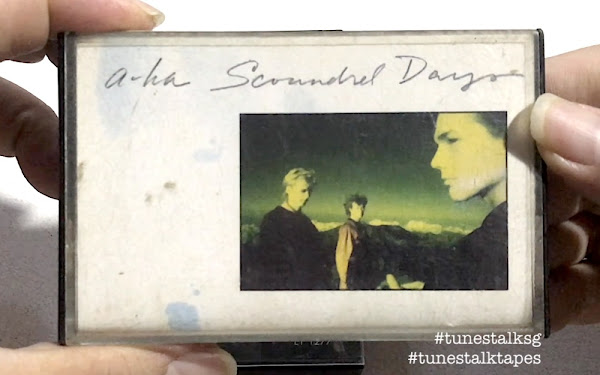 This was how I differentiated between "bootlegged" cassette tapes and legit licensed releases (*back in the 1980s): The inside sleeve of the licensed releases would have printed lyrics, and would fold out more than just a single fold. Makes sense, no? I've no one specific to be able to ask about this, so I'll run with this, cheers.

Meanwhile, instead of focusing on A-HA'S "HUNTING HIGH AND LOW" album (that'll be in another post with more images :p), today instead I'll focus on their second studio album "SCOUNDREL DAYS" (1986), which quite frankly is one of my favourites album from the Norwegian synth-pop band.

After the excitement of Hunting High & Low, Scoundrel Days hit me with their soulful pop, with Morten Harket's deep unique voice serenading my pop-loving soul, with tracks like "October", and pleading rock-ballads like "I've Been Losing You" and "Manhattan Skyline" and "Soft Rains of April" (Remake of Bridges' version), the 007-esque adventure-tinged "Scoundrel Day", and skip hop amongst the dream clouds with the all-too-short "Maybe Maybe"... GLORIOUS album. 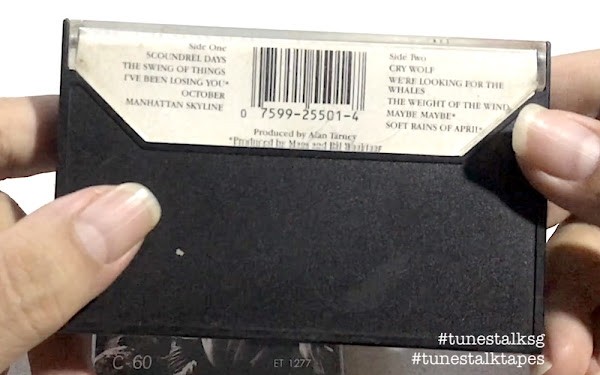 Here's the album listing, followed by videos (official MVs and fanmade) plus audio found on YouTube, so you could listen for yourselves ~ EnJoy!

Available in the "Deluxe" Edition of the album:
"This Alone Is Love" (this track also appears in their "Stay On These Roads" album):