With the completion of the anime, the live MV / Music Video for the opening theme for the second season of anime "Gate: Jieitai Kanochi nite, Kaku Tatakaeri - Enryuu-hen" is now available online - without "fear" of it being pulled! YAY!

Performed by Kishida Kyoudan & The Akeboshi Rockets (Buy the single here), check out the anime opening sequence featured here (unless it gets pulled too :p). 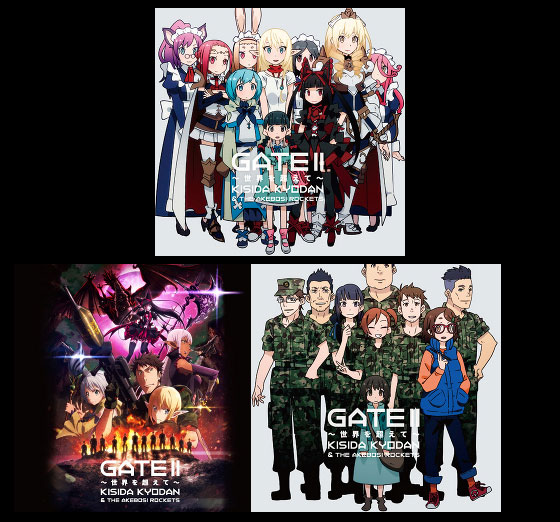 WHO-ARE: "Kishida Kyoudan & The Akeboshi Rockets (岸田教団&THE明星ロケッツ Kishida Kyōdan & the Akeboshi Rockets?) is a Japanese rock band currently signed to Warner Home Video. Beginning in 2004 as a one-man unit covering songs from different series, more members joined in 2007, and in 2010 the band made their major debut with the single "Highschool of the Dead", used as the opening theme of the 2010 anime television series Highschool of the Dead." (Wiki / Official www: kisidakyoudan.com) 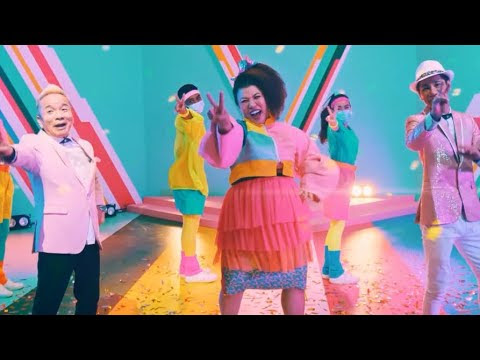 "Hey Singapore, Vaccinate Already? 您打疫苗没" In one of the more recent successful government campaign songs put out- In this particular instance to encourage Singapore's senior citizens to get vaccinated, - featuring well known Getai-performers Wang Lei 王雷, Marcus Chin 陈建彬, and Liu Ling Ling 刘玲玲, all singing and performing a Uber-catchy song with multiple Chinese dialects lyrics! And that exceptional set! Fab work all around! And NOT FORGETTING the other ethnic languages in the following MVs in Malay and Tamil! No, it does not mean I will be posting the "Phua Chu Kang" campaign MVs, cheers. LISTEN+WATCH on #TUNESTALKSG : https://t.co/y2AWpebwJ1 Vaccinate Already? 您打疫苗没? Sudah Divaksinasi? #RahimahRahim #Vijayandran Singapore Government's uber-catchy campaign song(s) in #Chinese (Dialects), #Malay & #Tamil to encourage our seniors in getting vaccinated! pic.twitter.com/W7cY2BIUrb — toysrevil (@toysrevil) September 22, 2021 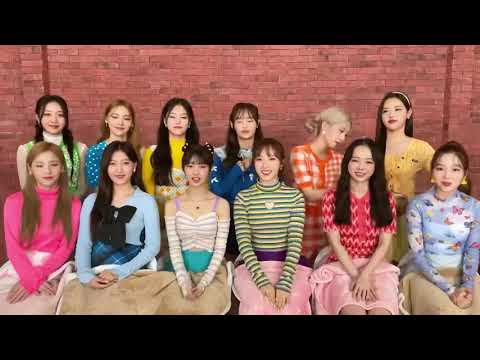 WHAT-IS: " Chuseok " (Korean: 추석; Hanja: 秋夕; [tɕʰu.sʌk̚]), literally "Autumn eve", also known as hangawi (Hangul: 한가위; [han.ɡa.ɥi]; from archaic Korean for "the great middle (of autumn)"), is a major harvest festival and a three-day holiday in both North and South Korea celebrated on the 15th day of the 8th month of the lunar ... (Wiki). The equivilant here in Singapore (and parts of Asia) is the Mid-Autumn Festival - which has since evolved into a one-night "eat mooncakes" with family or friends , and stare at the moon in the night-sky, and wonder if we'll see Change'E chillin' on the lunar surface... The following greets are from idols I currently listen to, and some I found interesting to share. If I am missing any, then they are late ! LOL I remembered fondly of carrying "lanterns" - from candle-lit incarnations (sometimes burning the paper folded lanterns), to the current crop of battery-operated 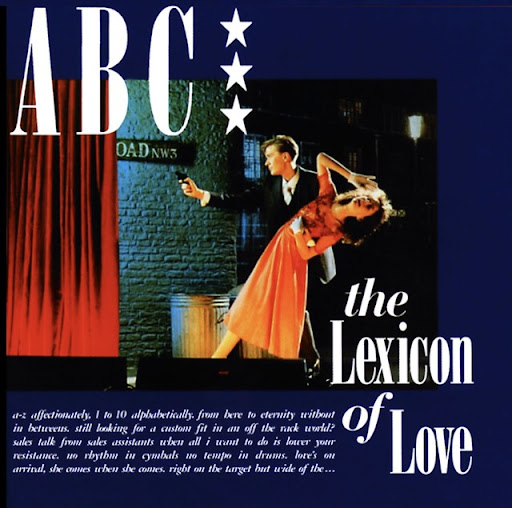 " The Lexicon of Love " is the debut studio album by English pop band ABC , and remains one of my favouritest album from the band. Released in June 1982 by Neutron Records in the United Kingdom, by Mercury Records in the United States and Japan, and by Vertigo Records in Canada and Europe ( Source ), the album features four UK top 20 singles; "Tears Are Not Enough", "Poison Arrow", "The Look of Love" and "All of My Heart" - all of whom have official music videos. Scroll thru for a WATCH and LISTEN to the entire album, including AUDIO ONLY videos. This is the beginning ofd my ABC ALBUM FEATURES (which will include earlier albums "Beauty Stab", "How to Be a ... Zillionaire!" and "Alphabet City"). ENJOY THE MUSIC MEMORIES, folks! TRACK LIST: SIDE A 1. "Show Me" (4:02) 2. "Poison Arrow" (3:24) 3. "Many Happy Returns" (3:56) 4. "Tears Are Not Enough" (3:31) 5 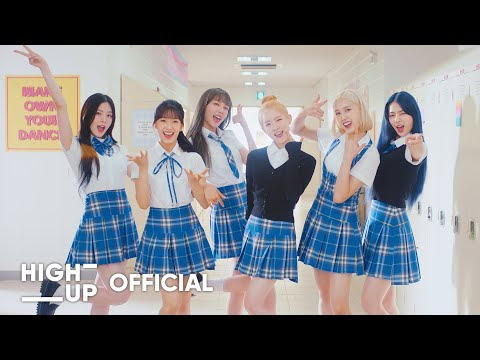 SEPT 21.2021 TOP TEN BLOGPOSTS on TUNESTALKSG (The Past Week)

" TOP TEN TUNESTALK BLOGPOSTS (The Past Week) " is a weekly list rounding up the TOP TEN Most read+clicked on blog-features, as recorded in this blog's stats! Scroll thru and click forth and find out what most of the folks are reading/watching/listening to on TUNESTALKSG for the past week! さらに「HULA HOOP/StarSeed〜カクセイ〜」のジャケットビジュアルも公開💫 ①初回限定盤A ②初回限定盤B ③通常盤 ④UNIVERSAL MUSIC STORE盤 （メンバーソロ12種） #LOONA #HULA_HOOP #StarSeed〜カクセイ〜 pic.twitter.com/bYKHMzBfUM — loonatheworld_jp_official (@loonaJPofficial) September 17, 2021 #10 TOP TEN BLOGPOST (THE PAST WEEK) CLICK TO WATCH+LISTEN: to the Digital Launch of LOONA JP Debut , featuring a Full Album Listen (Audio Only), and watch a 53+minuter video of the SHOWROOM LOONA Online Talk event via showroom-live.com (210914), where LOONA /이달의 소녀 / 今月の少女 talk about their LOONA JAPAN Debut , which a LOONA Japan Debut Teaser has just been released! #9 TOP TEN BLOGPOST (THE PAST WEEK) CLICK TO WATCH+LISTEN: '색안경 (STEREO 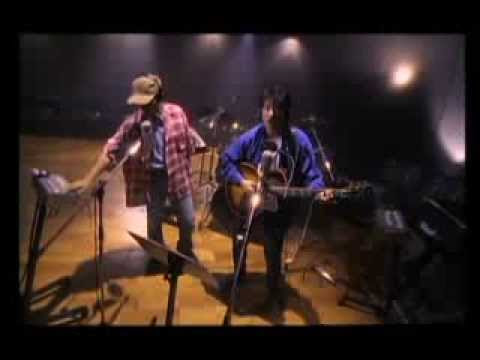 WHO-IS: " Chage and Aska (チャゲ&飛鳥) were a Japanese popular music duo composed of male singer-songwriters from Fukuoka Prefecture: Chage (チャゲ, born January 6, 1958) and Aska (飛鳥涼, RYO Aska, born February 24, 1958). To date they have sold over 31 million albums and singles in Japan." . The duo is no longer together, when Aska left in 2019. Read the details leading up to that on Wiki In 2019, has announced withdrawal from the duo. As far as I am concerned, I'll hold their songs in my fond memories, particularly these tracks, with others listenable/watchable on their YouTube channel ...! (Watch the Studio Ghibli animated music video for "On Your Mark" on POPCORNX or on I NOT OTAKU! ) BUY ON AMAZON: 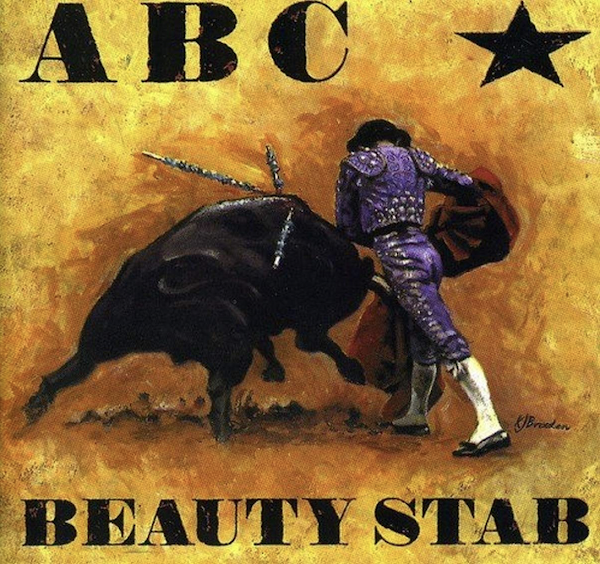 Released in November 1983 (on the labels Neutron, Mercury and Vertigo), " Beauty Stab " is the second studio album by English pop band ABC. And while I missed out on procuring " The Lexicon Of Love " (because I had zero access to it), I did manage to procure this album on cassette, in what I reckon might not have been a "bootleg", as it had lyrics in its folded-insert (if memory serves, but I honestly doubt I could've been able to afford a "legit tape"...). I'd purchased the album/cassette based off "That Was Then but This Is Now", and remembered first thinking - after my first listen: "WTH? This was not the ABC I remembered?" But quite frankly grew quickly to adore the album. Interesting, Wiki had mentioned; "It was a departure from the stylised production of the band's debut album, The Lexicon of Love, and featured a more guitar-oriented sound," . To which apparently Martin Fry later stated 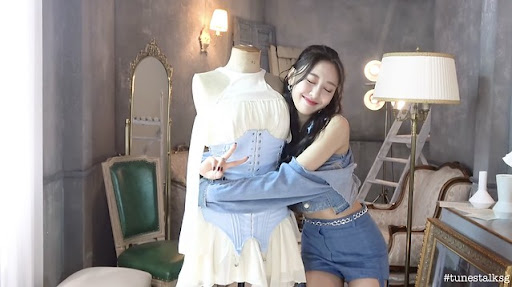 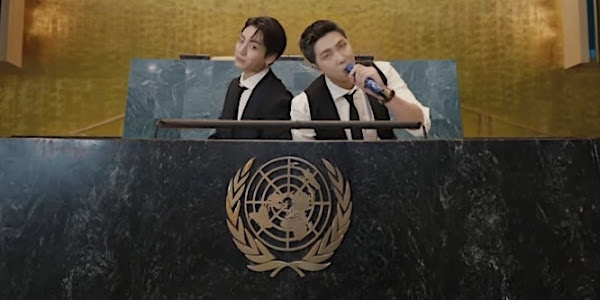 PRESS: 'K-Pop sensations BTS perform their hit song Permission to Dance in a video produced at the United Nations. The video accompanies the bands remarks at the SDG Moment and is meant to draw their audiences attention to the importance of the Sustainable Development Goals and to inspire action.' UPDATED: "Extended Version": This music video was uploaded and presented via the United Nations official YT-channel . I admit I was low-key emotional seeing them perform this overwhelming positive song, in an era which I personally feel we need a whole lot of. Well Done, BTS and everyone involved in making this happen! Fe4atuered below is a video where "K-pop band and UNICEF supporters BTS deliver a video message at a high-level side event at the 75th session of the UN General Assembly, “Protraction of the COVID-19 Crisis: Mitigating the Impact and Protecting Future Generations." . Because not everything is a "song-and-dance", alas. 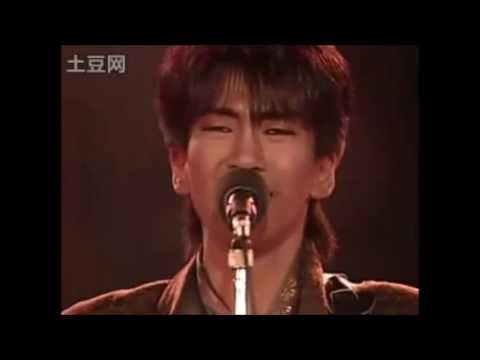 SEPT 27.2021 Edition TOP TEN BLOGPOSTS on #TUNESTALKSG (The Past Week)